on November 30, 2016
A light Easterly wind again so coldish but flat calm so the fast boats could open up, the scale and smaller boats alike could sail with just enough breeze to use sail power so no excuses for not turning up.
Terry and Paul early birds as usual had Tigger out and were making use of the fast conditions as I joined, with all our boats going well, for a change, till Paul hit something in the water and bent his shaft ( sounds painful).
Trevor had a new Perkasa 36” MTB running in circles but with a re wire tweak the contra props pushed it along nicely and it looked good. At this point the ones who had stayed in bed for a lie in arrived.
Carl sailed his Tug and lovely Samurai, Phil with his scale RAF boat with lights ran well as usual, Ed had a good time with his sailboat, managing to keep out of trouble. Don took advantage of the water and had some fast runs with his electric Cat after a slow start it was quick. Tony used his semi scale tug boat and there was plenty of water and frequencies so all could get on. Vaughan arrived with camera and hopefully will post some pics, though his boats are in dry dock till he sorts the 500 steering out and charges his batteries.
Just as we were enjoying the morning John turned up. Explaining that it had been his **th  birthday the previous week and with a bottle of “Dow`s” finest Port in hand, generously providing  a load of cups too we all joined him in a celebratory drink and wished him many happy returns.
Thanks to Terry and Paul for locking up Tigger  which had been used a few times and the compound, as they say, practice makes perfect!!
Looking forward to next Sunday 4th. We could have a  CLUB 500 race on Sunday 11th weather permitting and to our Christmas meeting at “The Turf” on Tuesday 13th.
Pat. 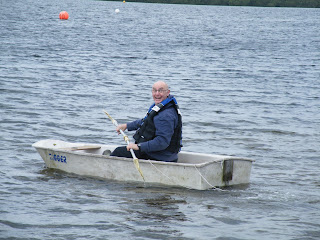 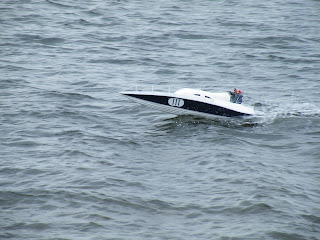 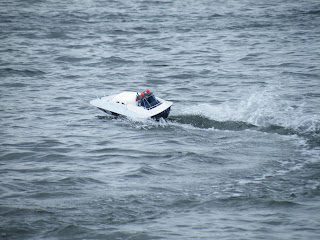 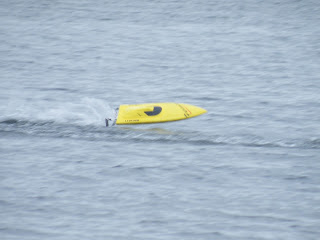 Many thanks to Pat for his sailing update.
On a more rarer note, Guess who has picked up his Tamar Lifeboat again? Yep... Me !  After some months sabbatical, plus some in depth info sourcing on some detailed modeling points on this vessel, Ive blown the dust out and restarted again, so now hopefully have the plumbing sorted for the motors and esc's. 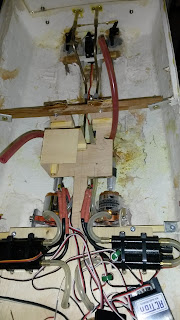