on June 29, 2014
Firstly apologies for the last of site update last week, but due to technicalities, the report was unavailable.
However this means a "double helping" this week for you all!

Phew what a scorcher.
Its not very often we have pretty near perfect sailing conditions but yesterday came very close.
The yachters enjoyed a light breeze and calm water.
Carl was the only fast electric racer present and so had the water to himself.
Scale boats were the best attended these included Daves steam powered tid tug, a plastic kit conversion of the Tirpitz and a large scale twin water jet powered Perkasa.
Titus took along his J Class yacht and Joyce took along a large bowl of strawberries, thanks Joyce they were enjoyed by all. 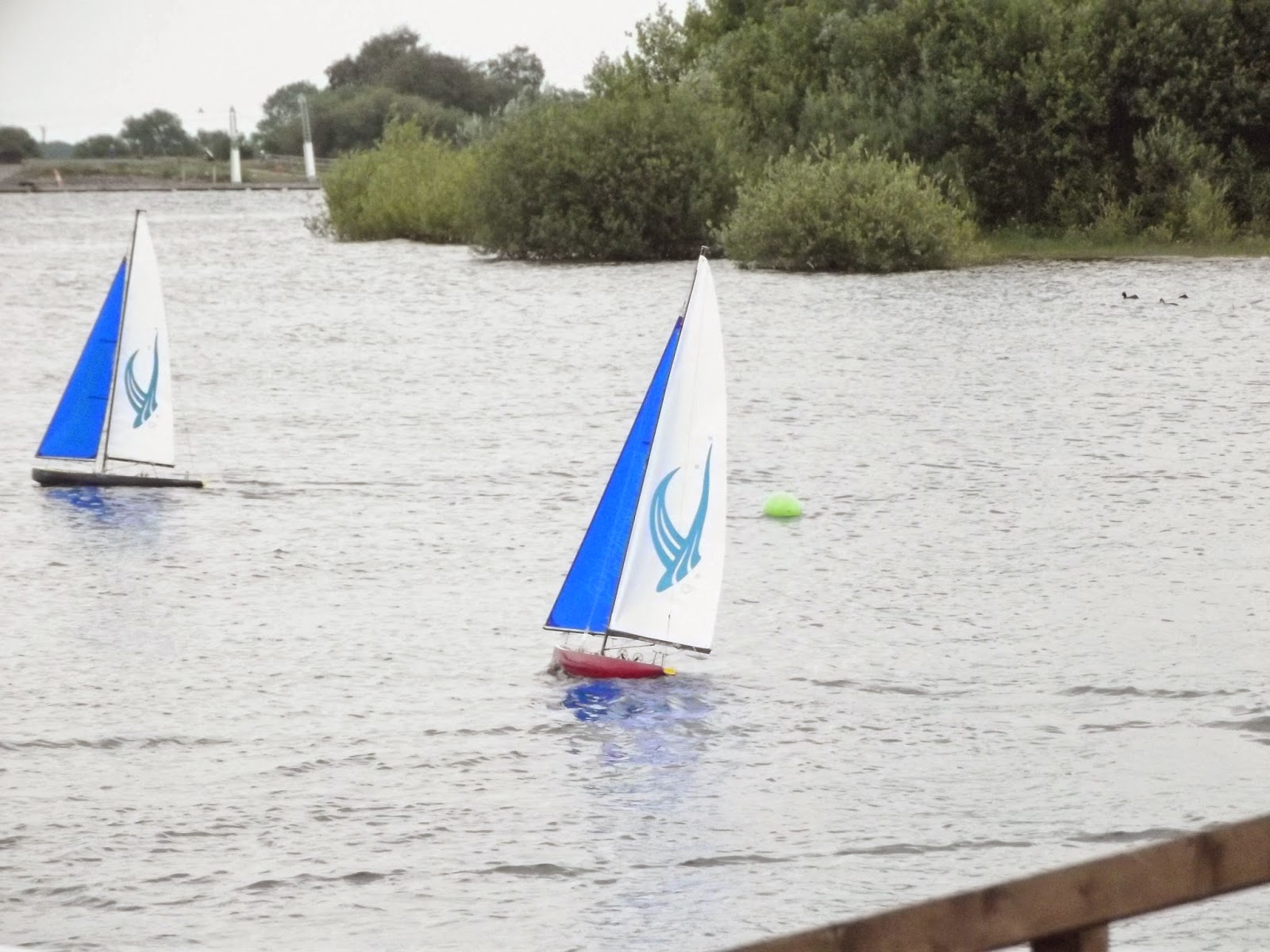 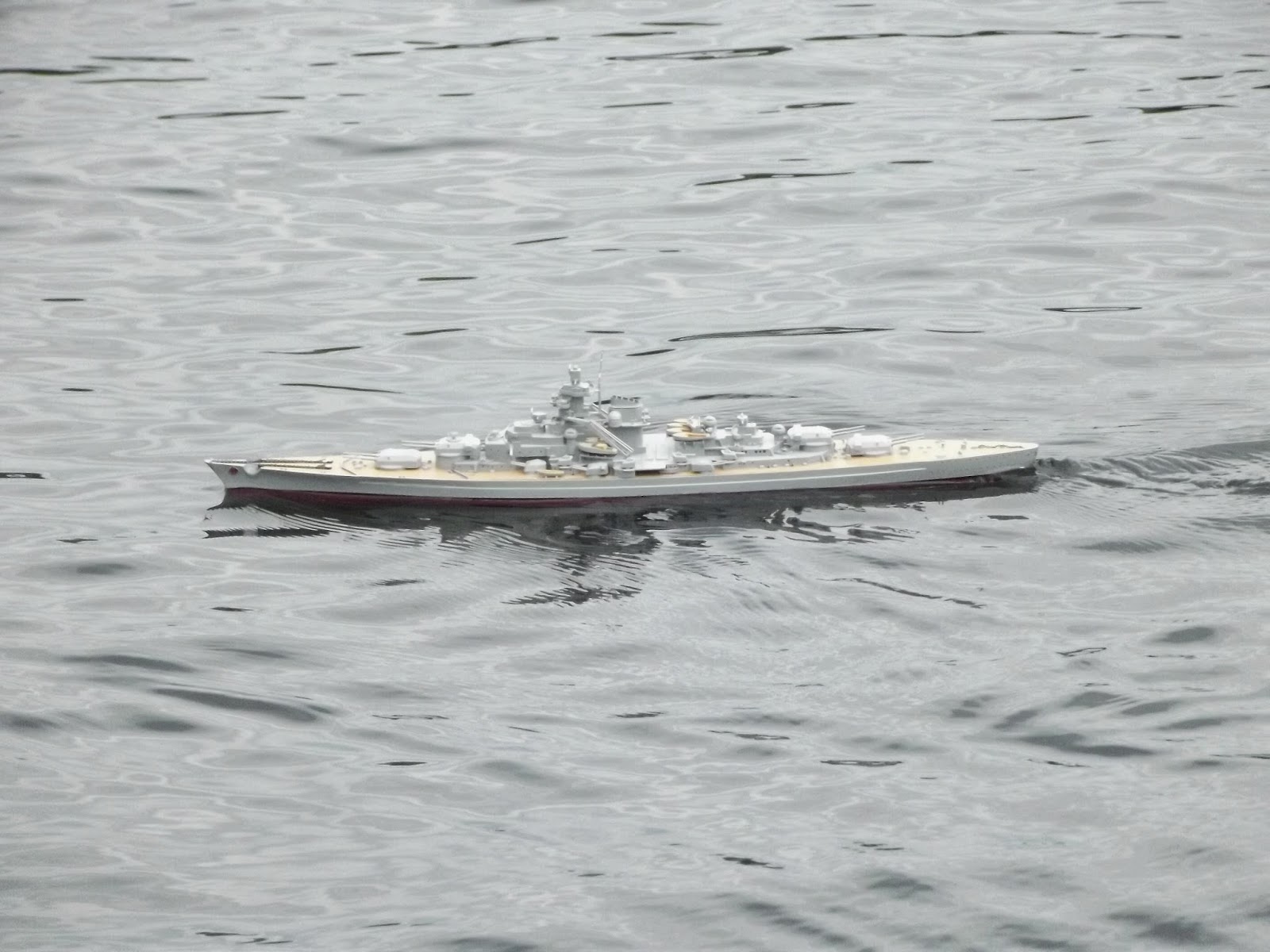 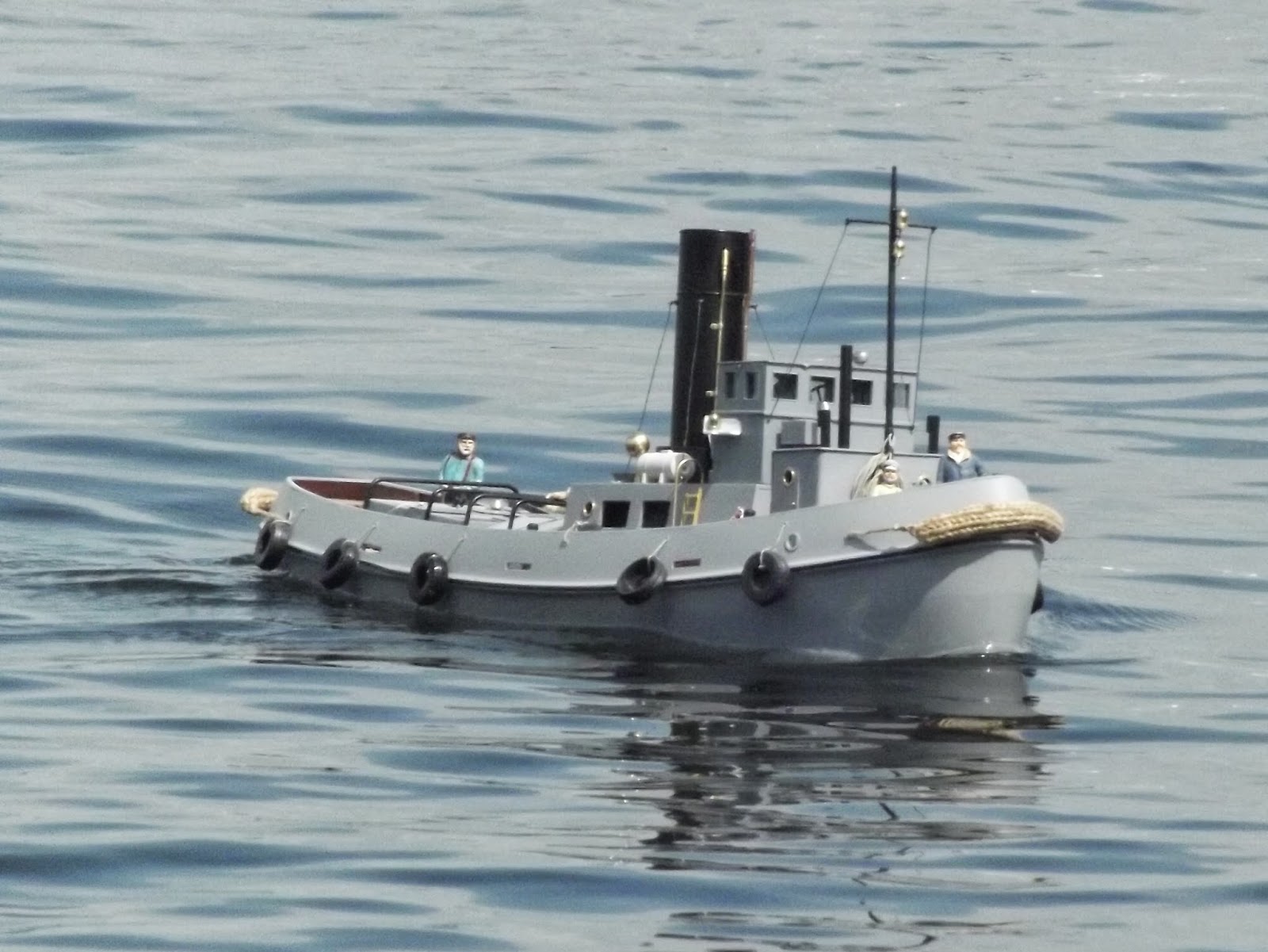 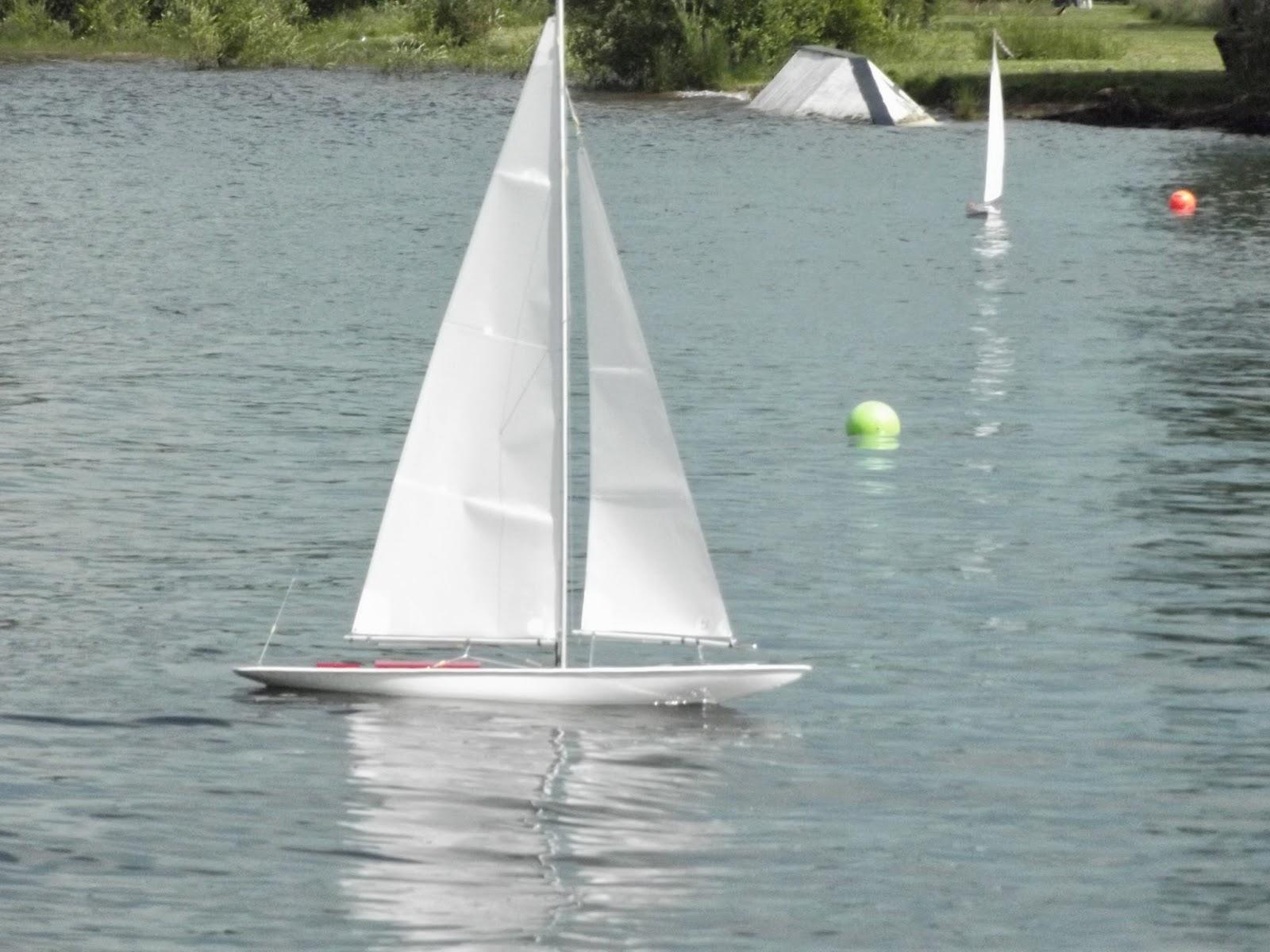 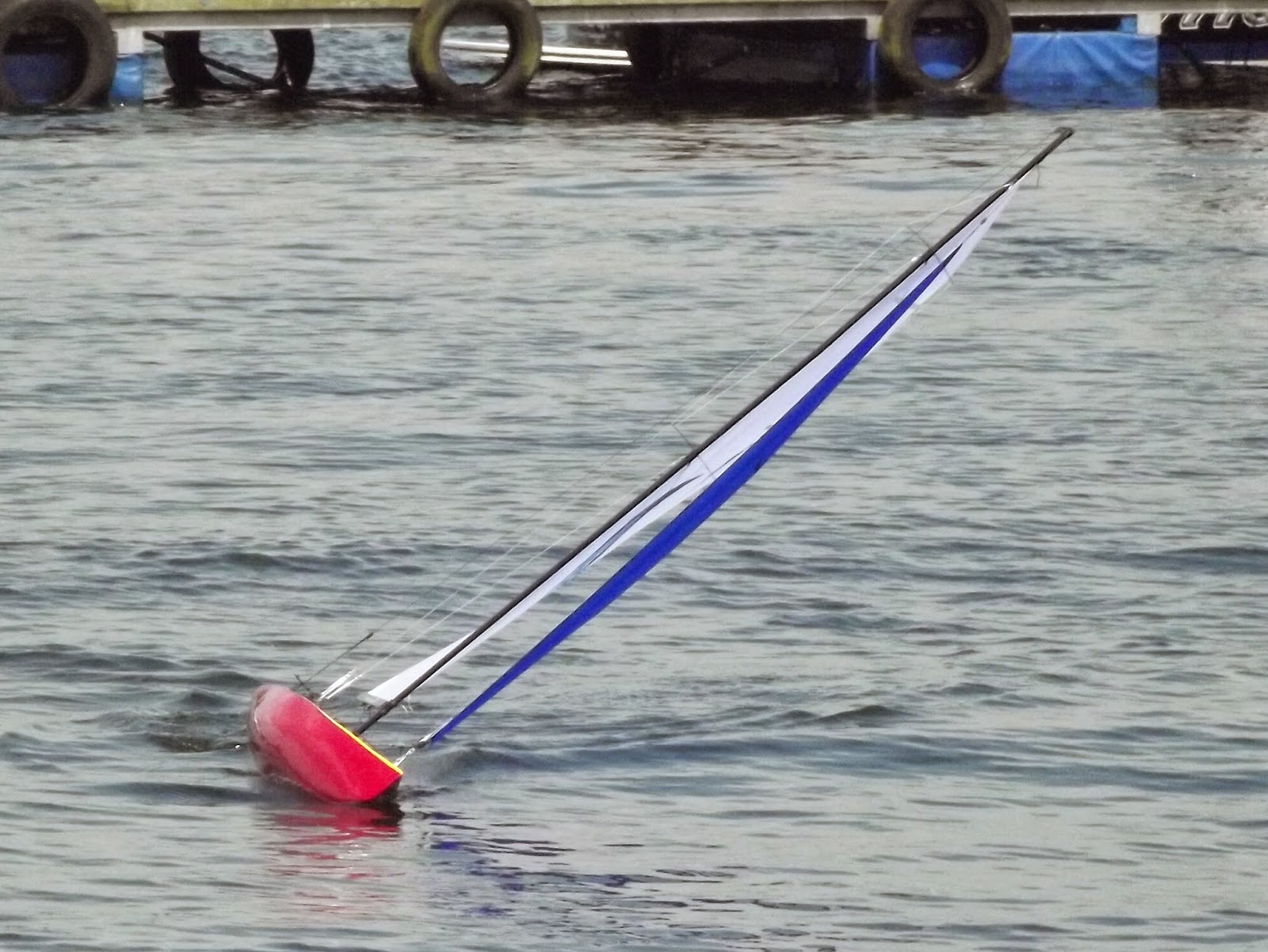 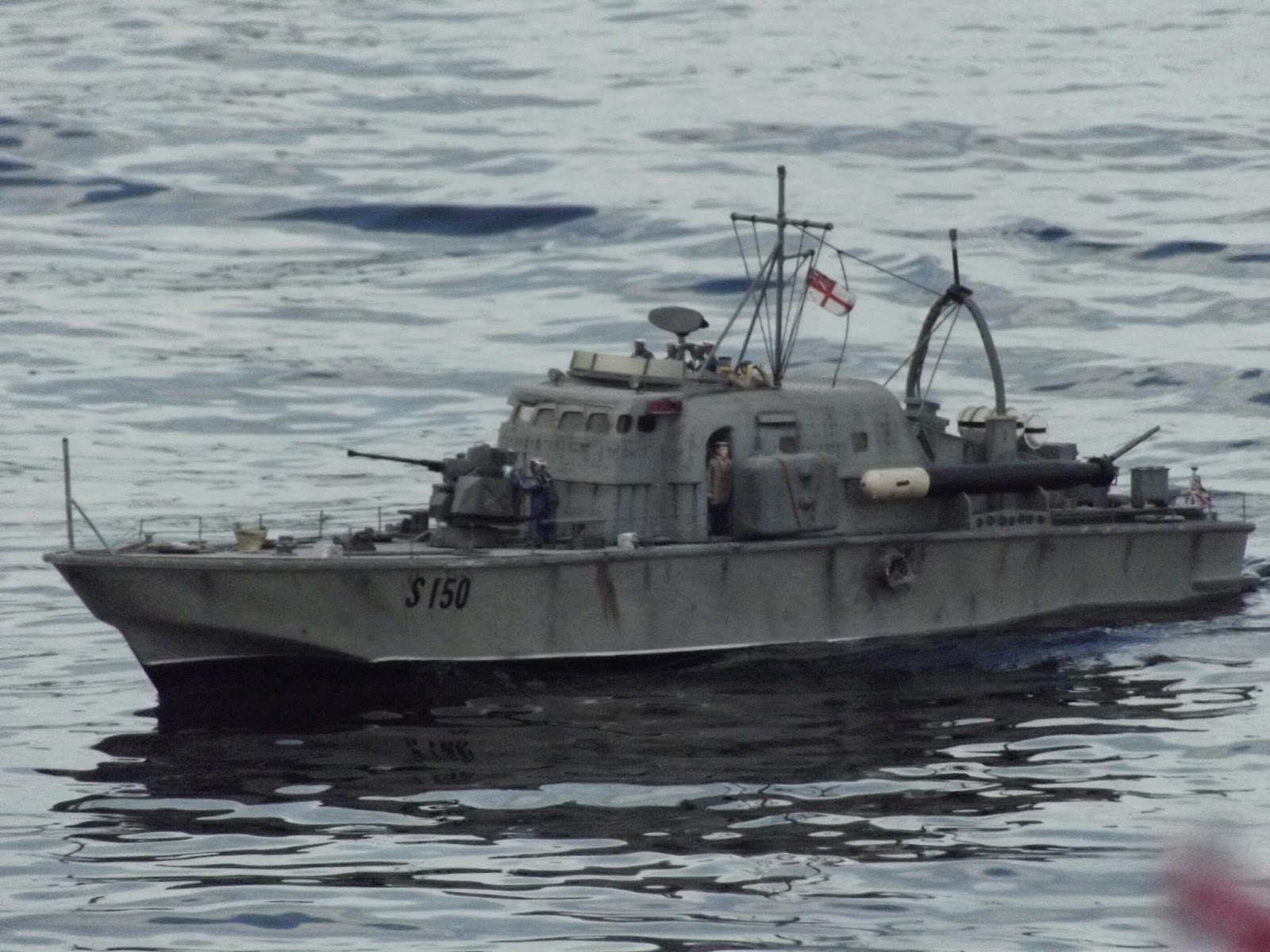 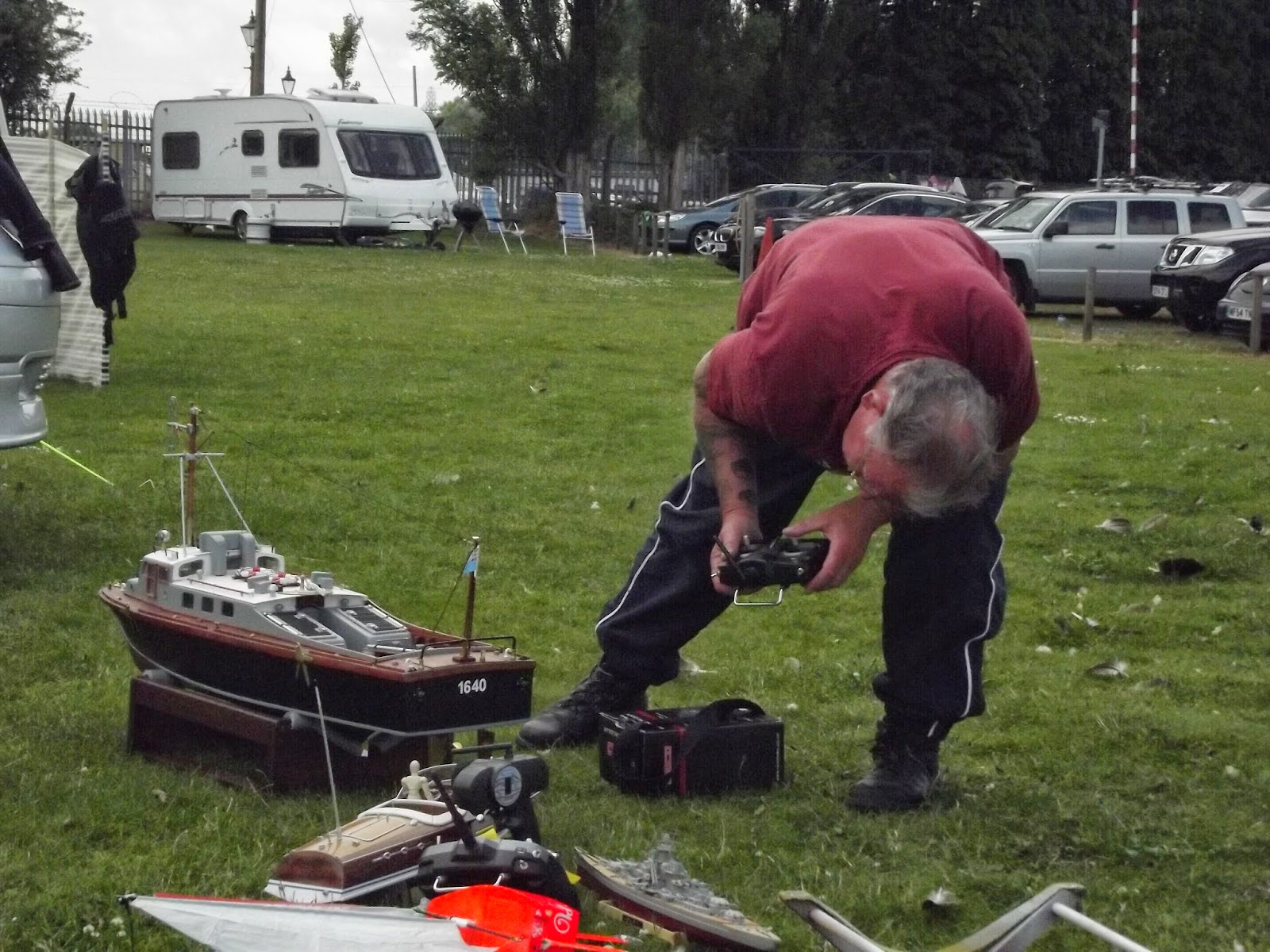 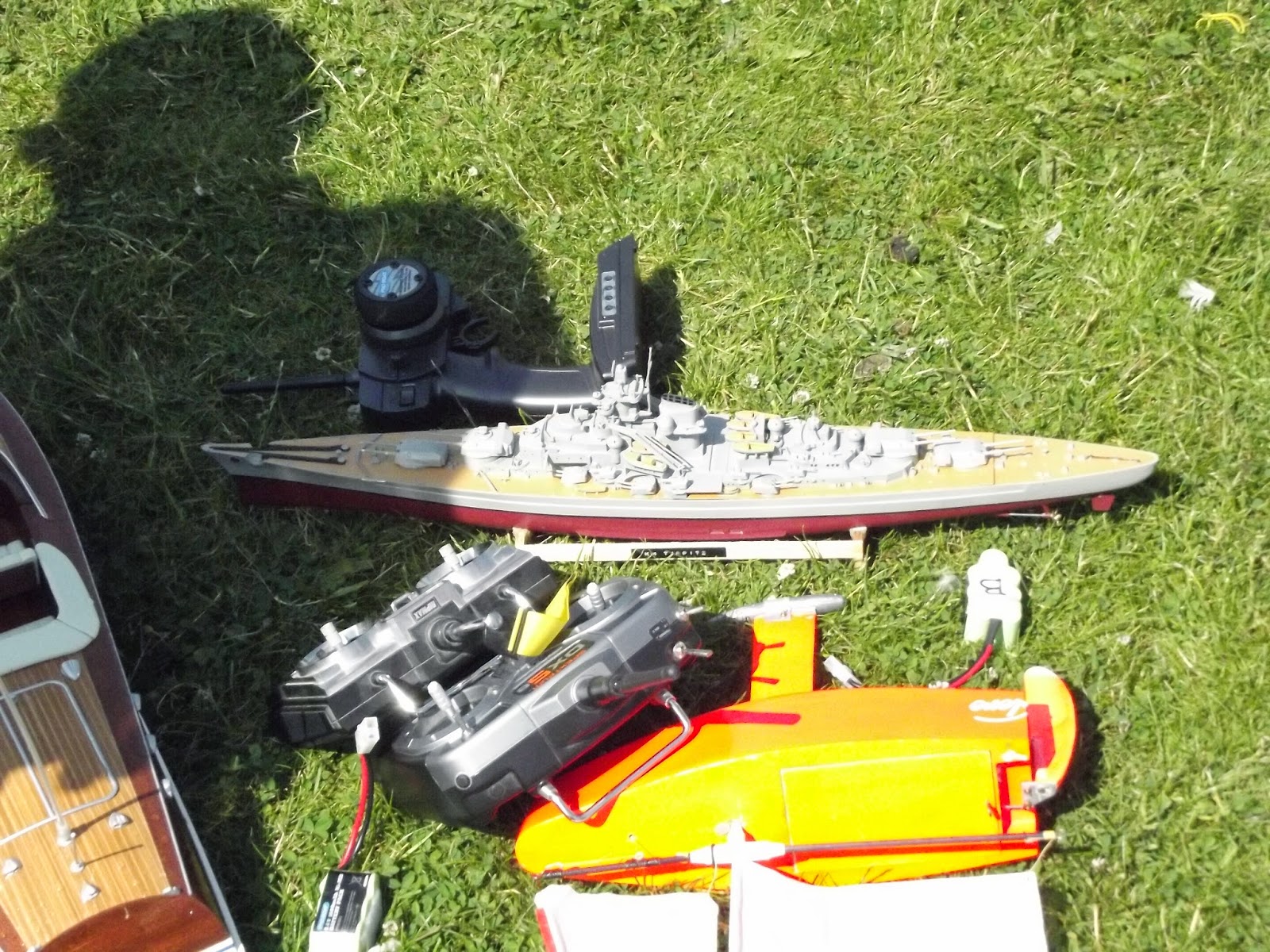 Lets hope the weather stays good for next weeks club 500 and yacht afternoon.

Another good turnout at the pool today with lots of  boats taking to the water.
Todays sailing was done under the watchful gaze of comrade Titusky (see pics)
The first out was Terry testing his new Pursuit fast electric, as you would expect from these boats the performance was fantastic.
Terry has now gone home to change his underwear.
There are now four of these boats in the club, all yellow and all equally matched, as the songs go " There may be trouble ahead" or " I predict a riot"
Not to be outdone Alan was next out with his new boat the very quick Surge crusher cat.
Yachts were plentiful today Carl, Paul, Roger, Titus and myself enjoyed a couple of good races.
It was interesting to observe, that during the yacht races all the skippers fell silent as all of us were concentrating on our sailing.
Dave was out again with his steam powered TID Tug it really does look and sound fantastic. 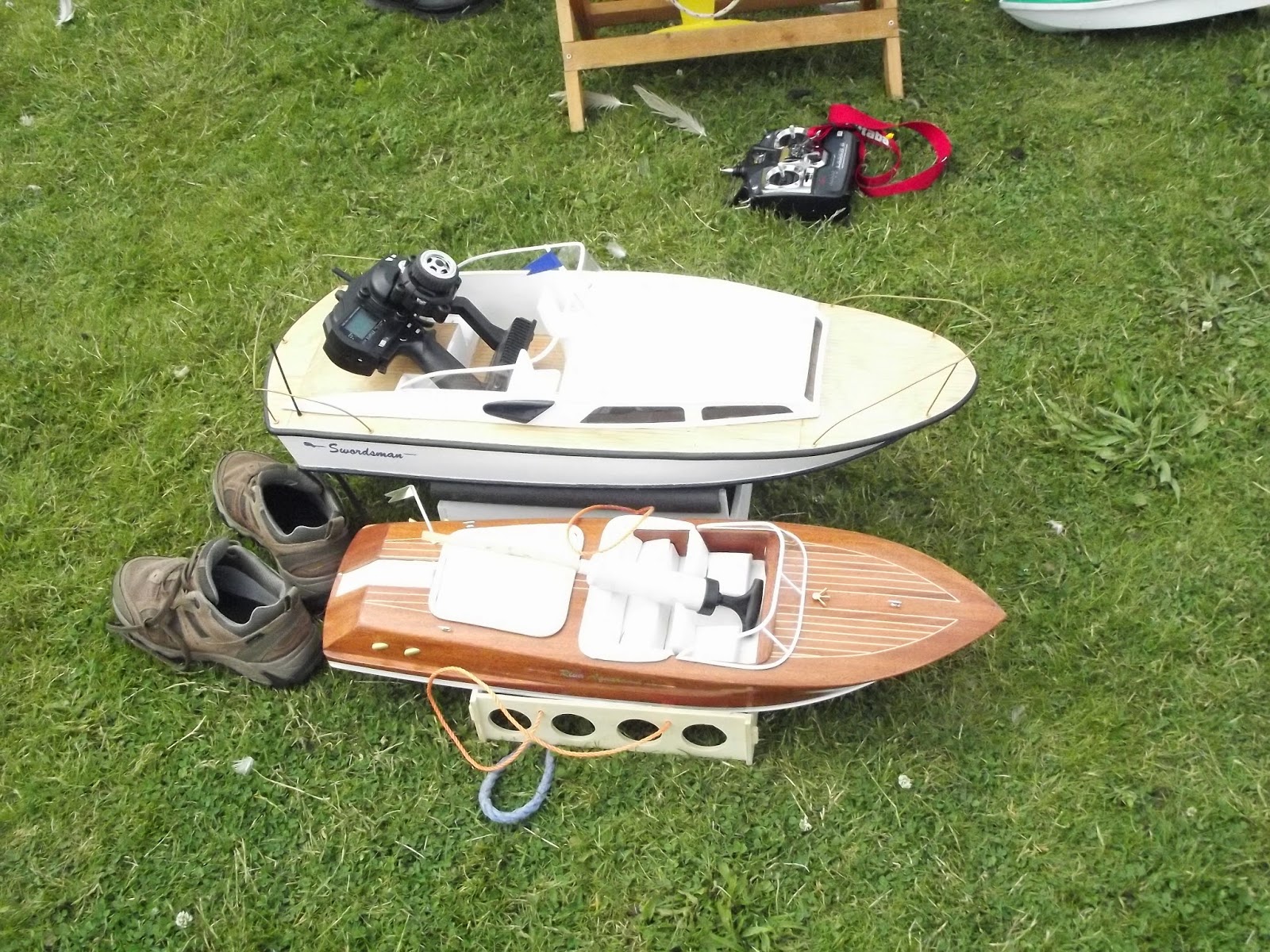 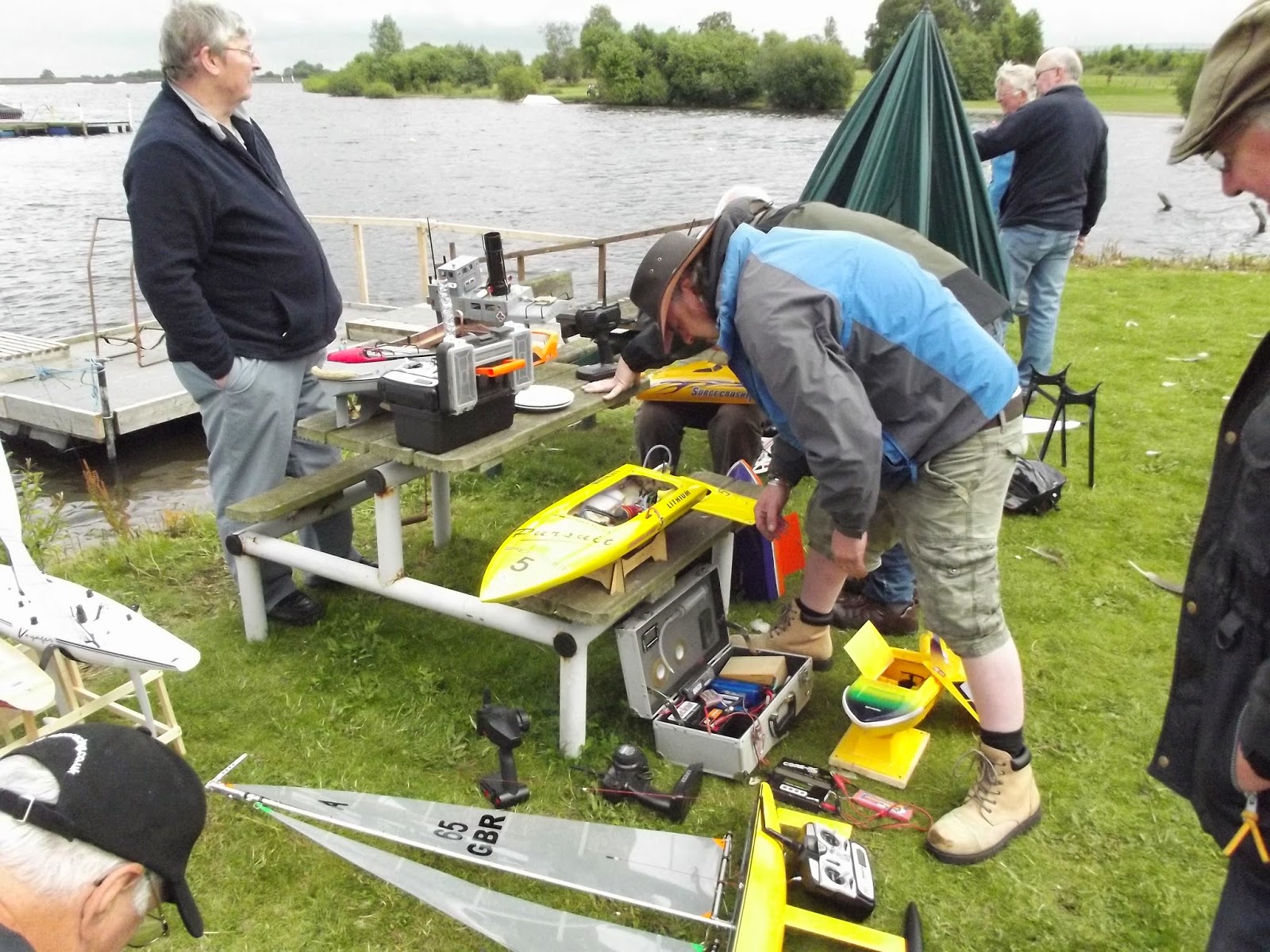 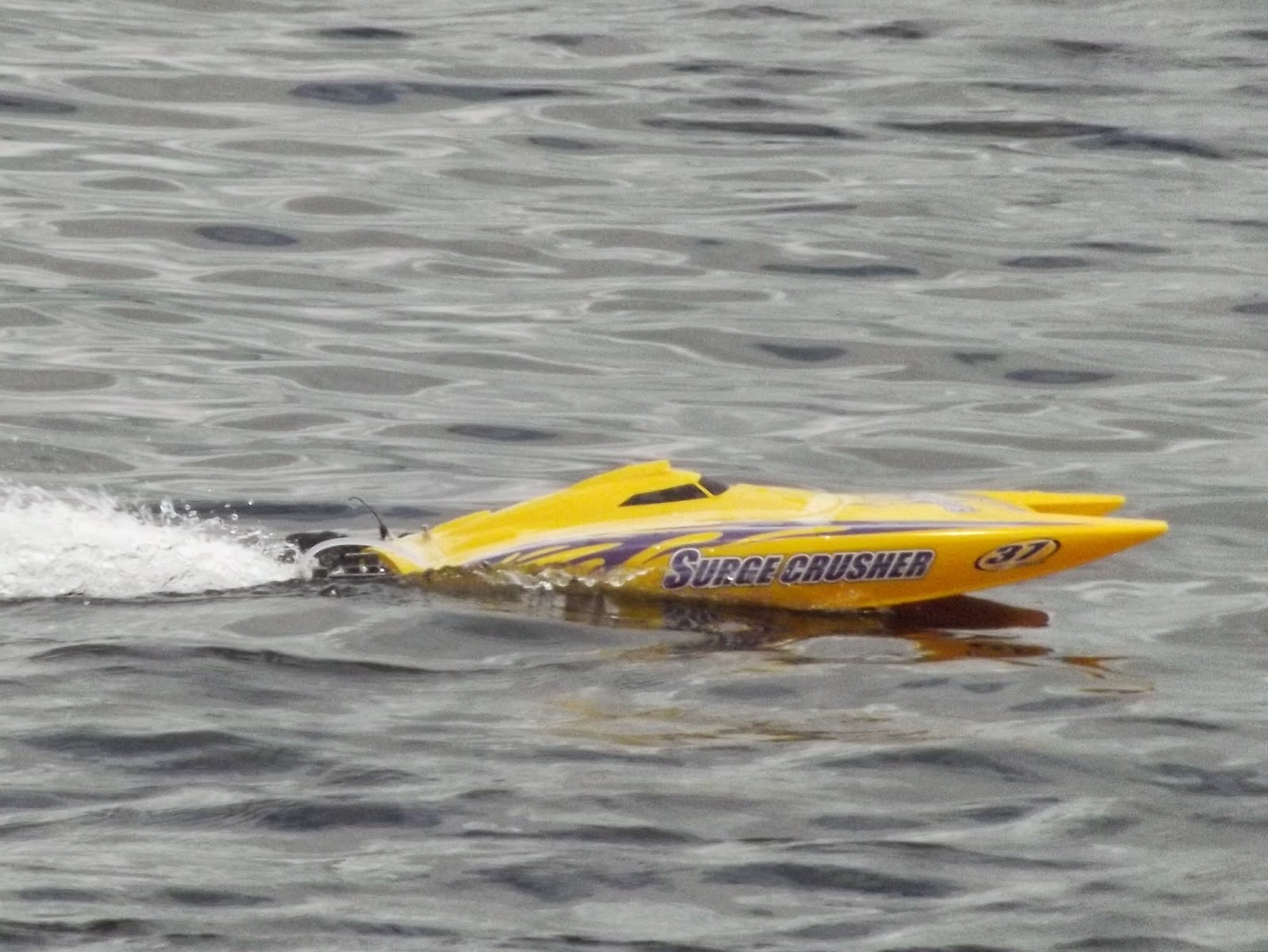 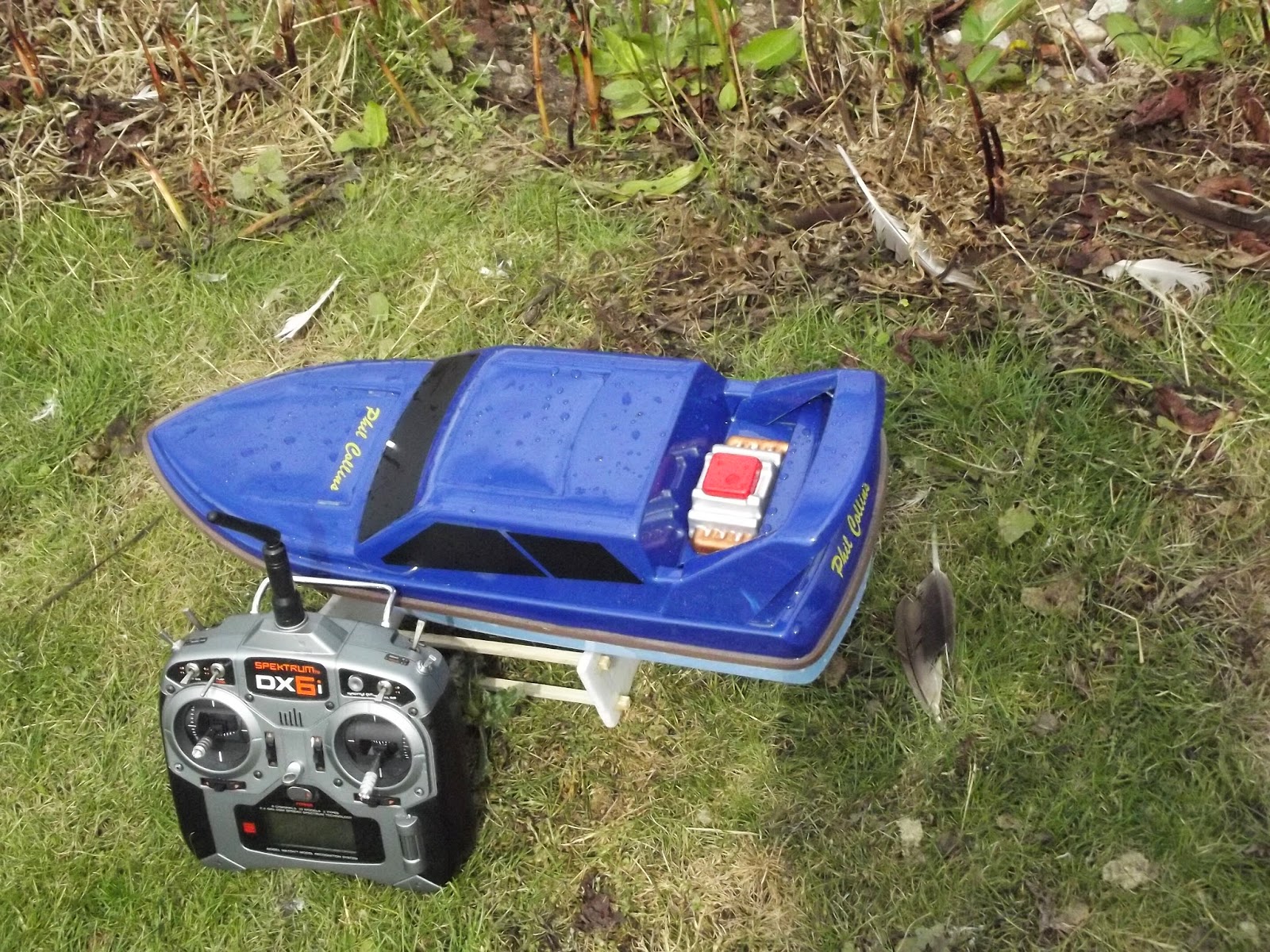 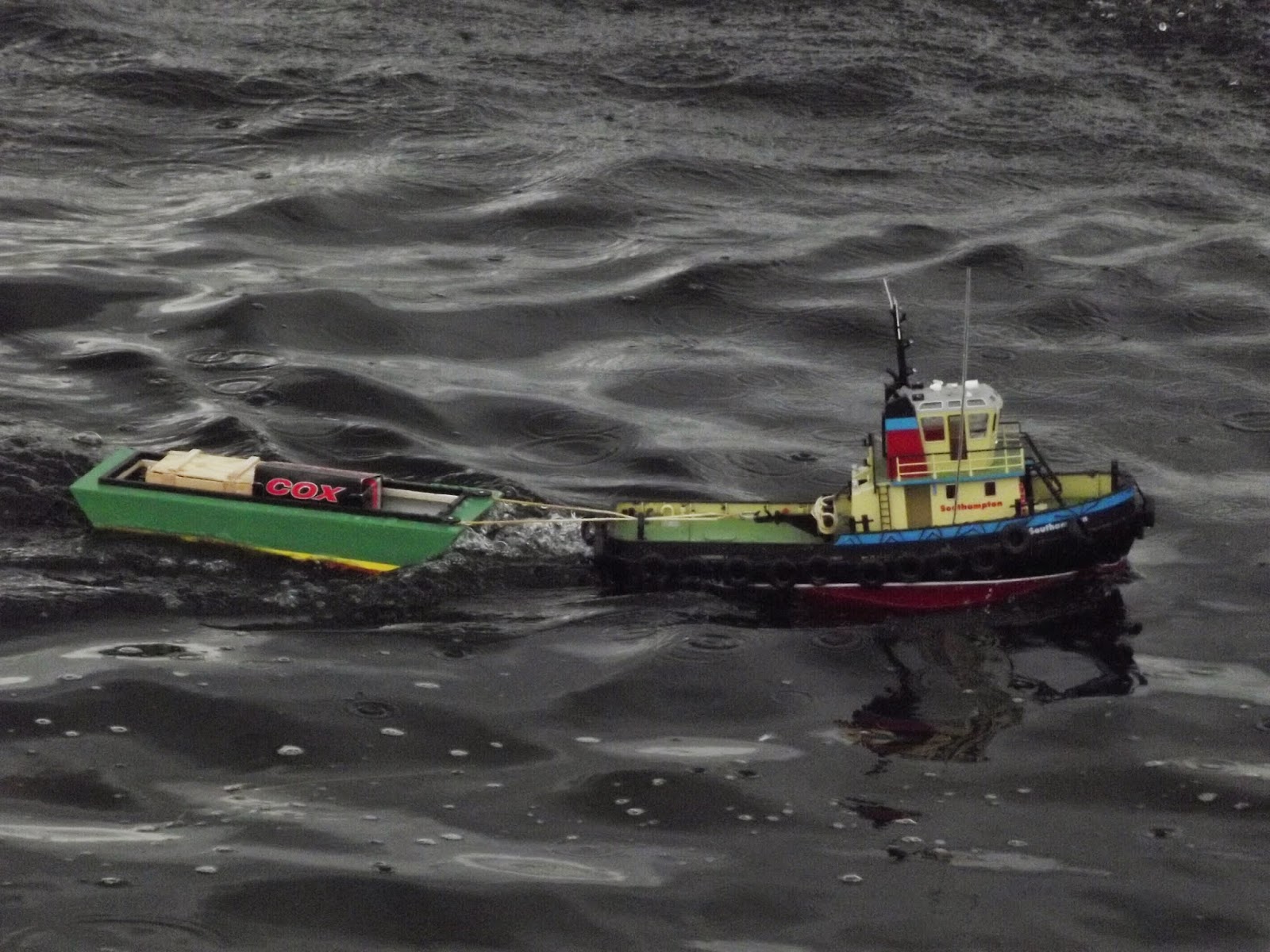 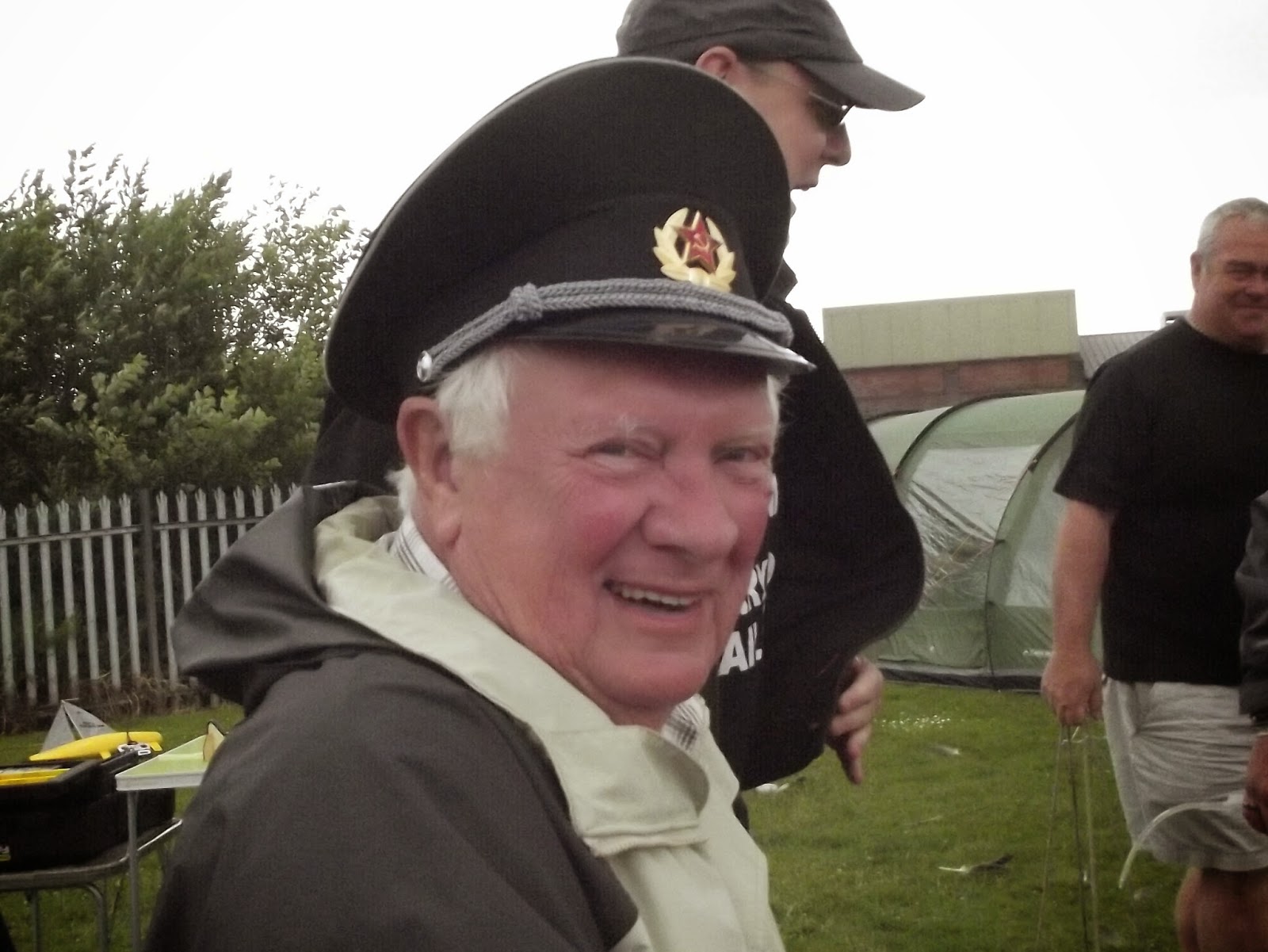 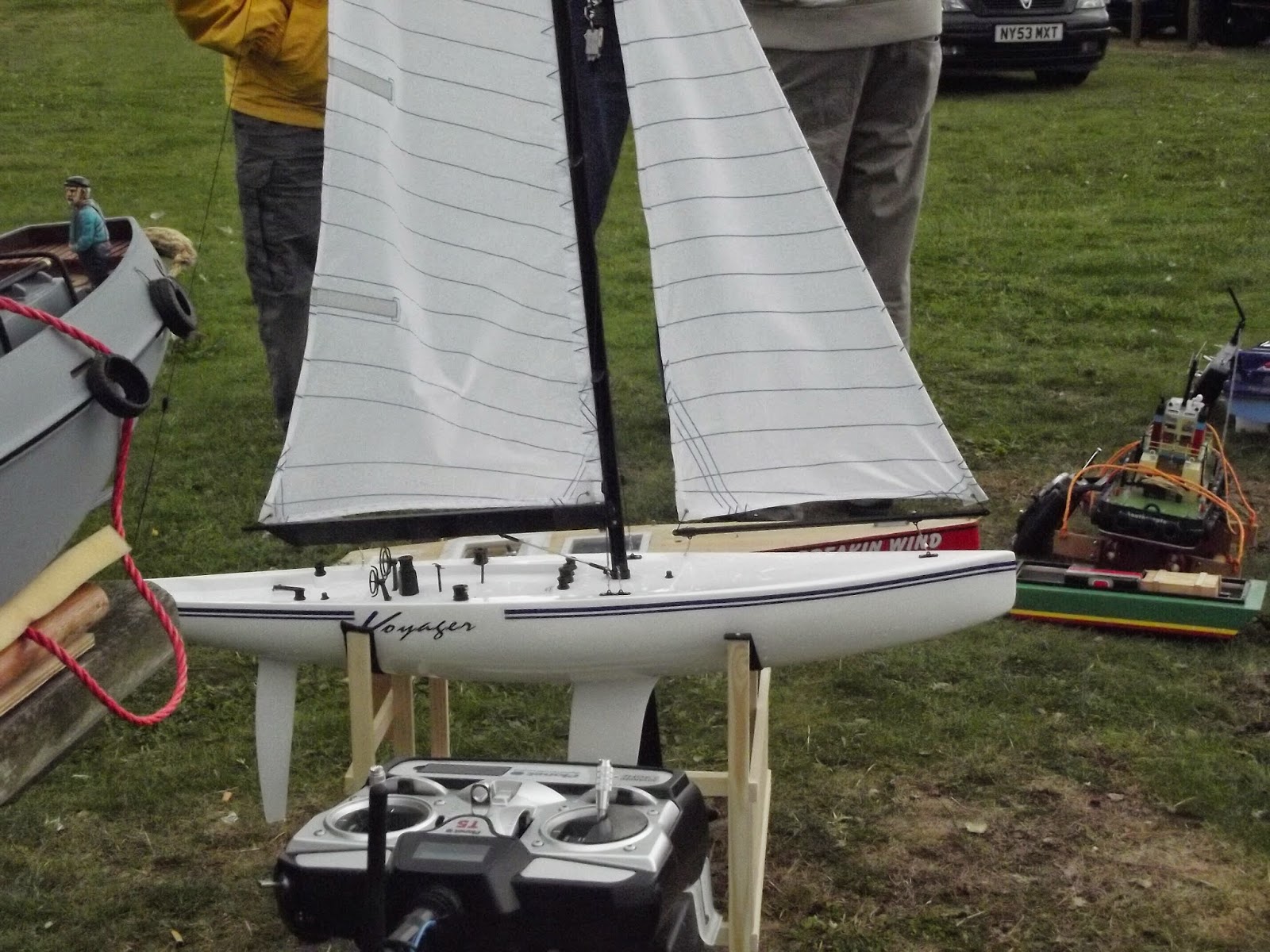